Highlighted today is the unique archive of the Russian expats press, documents and autographs, found abroad and still unknown in Russia. Russian post-revolutionary emigrants’ life as it’s been featured politically, culturally and in a day-to-day life – all of it is the LIBRARIUM project focusing on the history of the unique memory and a kind of a memorial to curiosity. Fyodor Sumkin is a designer and illustrator. He’s been professionally involved in drawings for the Esquire, New York Times, Nike, Rolling Stone Magazine, with a record of living in Italy, Holland, Swiss, Byelorussia and Russia, currently based in Paris for ten years. A few months ago he launched a Librarium project with a review of Russian emigrants press in 1920s-30s.

Is the Librarium a sort of a nostalgia- or curiosity project, missing a unique esthetic and style?

All depends on the level of knowledge in historical landmarks and IQ characteristics. The website is being attended by quite an amount of people both with a high level of expertise in the appropriate subject of the between-the-two-wars-period and just average, far from the specific matters people from public, keen on learning more about the lost pages of history. Just at the very start of launching the project we realized that we ourselves weren’t likely to have yet grasped the whole depth of the challenges facing us – at that moment the project seemed to be appropriate for sparking the youths’ interest to history. Because our specific is the maximum use of illustrative sources since the contemporary generation is responsive to primarily visualized information which triggers the consequent interest to textual coverage of the events. Besides, we’re comfortably integrated into social networks. Illustrated Russia’s New Year issue: Had Pavel Ivanovich Matyunin known that a few people would be busy restoring his ‘Russia Illustrated’ cover, he would be definitely delighted. January 1930
Our awareness of having raised a whole layer of yet uncovered visual culture and the fact that our project is of interest to designers and artists – both of them we’ve learned from our readers. There are, definitely, many more aspects of which we’ve had so far no idea. I would suppose it’s going to become the start for learning the political state of the first, post-revolutionary tide of emigrants from Russia. As it’s now clear the emigrants’ political life has never been in the focus of research in the Soviet time (for reasons quite understandable), for in the hungry turbulent years the historians would surely have much more important issues to explore, so that today it looks like a rather wide gap and we’d try and deliver materials to fill in the vacuum.

On how this project’s idea came to life

That was a smooth transition for replacing one interest – the pre-revolutionary period in the advertising, art and Russia’s history, the period covering the end of the civil war and the consequent emigration to the West. I am a very curious man by nature: as soon as there appeared a spare space from the adverts like: “Cigarettes Duchess are wonderful and amazing!” in the Victorian careless style of the epoch prior to the year of 1914, there came replacing them the emigrant editions of the middle 20-s. For example, in ‘Russia Illustrated’ magazine there is an advert in almost each issue: ‘Photographer-Artist Boris.  He’s brilliant’. The change in topics might reflect some continuity of the new reality in the logical succession of epochs. Emigrant, whichever venue worldwide might you find yourself based, stick tight to homeland traditions! The Easter issue of ‘Russia Illustrated’, 1927
The inspiration that drives to advance
That’s an unaccountable passion. Sometimes, especially on Sundays, you get too lazy to go in for the project, but legs carry you involuntarily to the work place and each time you discover something unique, all but totally forgotten by everyone. The page ‘On the project’ contains a phrase: ‘How’s that possible looking for something while you’re sure that nothing has ever been lost.’ The phrase comes to mind every time when I start processing the material, coming across a rare photo of Vertinsky (once an iconic Russian chanson singer, very popular with a song about missing his abandoned homeland in an unfriendly emigration, later reunited with it.) or an article about Esenin’s death (Russian and early Soviet peasant lyrics poet from Ryasan, mysteriously died in 1925 while staying in ‘Astoria’, central Leningrad hotel). Sometimes our readers contact us telling about their own discoveries. In front of the St. Theresa monument which is believed to be the Russian emigrants saint. Drawing by ‘The Satiricon’s Lori, April 1931

The other day in one of the issues of the ‘Russia Illustrated’ a rare picture was found of a Russian army general, the founder of the automotive force.  These photos weren’t even captioned but have been discovered by an expert specialized in the topic. He even contacted the general’s relatives who confirmed that Pyotr Ivanovich Sekretov really was a tsarist army general involved in the White movement (anti-Soviet one). It’s worth mentioning that up till now there had been no evidence of any of his expatriate photographs.

The very same photo: Petr Ivanovich Sekretaryov is the founder of Russia’s early logistic units. The article ‘Russians in emigration. The Cossacks in a foreign land’ in ‘Russia Illustrated’ 11(96) issue of March 1927

On how and where to seek for the magazine’s issues

Occasionally we are permitted to take photos in Paris libraries, sometimes we buy rare magazines in eBay and Amazon, negotiate with private collectors and Russian Culture funds. The problem mainly is not in how and where to seek but what exactly to look for. In the internet specialized guides to the emigrant periodicals hardly any information about the children magazine ‘Swallow’ or the humoristic magazine ‘Tongs’ is available. It takes to switch at full capacity the deductive method or intuition. It was in this way that I found the magazine ‘Theatre and Life’ since it is well known only for scarce experts but for a common philistine, which I personally refer myself to, the title reveals no information. For me it looks strange that the theatrical magazine prints Bunin, Kuprin and Merezhkovsky’s portraits on its cover. The intuition hasn’t failed – the magazine highlighted beside the theatre the issues of literature, poesy, ballet, art and photography. It was a kind of analogue of the Berlin’s ‘The Firebird’ edition, only printed much more modestly, without coloured illustrations. By the way, I found ‘The Firebird’ by chance too, really. The title appealed to me… Our site-archive opened only recently so it’s too early yet to speak about the achievements. Our plans are ambitious, though they are actually not plans but challenges – I’ve already mentioned the interest of young people in history so that would be great to show however scarce it is only yet available in the West thanks to the emigration. Those magazines and newspapers are – if not a Time machine then some sort of 3D picture with a Nivea cream commercial in Russian and the heading ‘Paris fashions’. This is the 1928 futuristic view of Avenue Opera. ‘Theatre and Life’ magazine

Under the heading ‘On the project’ I’ve said that in Soviet Russia Bolsheviks had reversed the meaning of the Good, Humanism and Justice, completely demolished the previous notions of personality and dignity. To be just, one should admit that at the time of Khrushchev’s thaw top officials got alerted to have gone too far but the time had been lost. We would like to provide enough documentary evidence of all aspects of Russian expats life in culture, politics, art and daily trivia. Time will tell whether our archive has any impact on any fundamental revision of the importance of Russian culture and art or these are only rant. But one thing I am absolutely sure of it would be incomplete to conclude on the Russia’s role in the XX century only by its inner achievements without consideration of our compatriots’ contribution beyond the national borders. Without it the whole picture would be incomplete since the things created by Russians in a foreign land often proved to be more interesting than the Soviet ones. Totally different people from across the world are working on the Librarian project: from Russia, Holland, Israel and Germany. I personally know one of them, communicating with others on-line so far.
We’ve got at our site a heading ‘dear editor’ – those are the guys who regularly work over the project. All are working in their off-time mode, that’s why I’m struggling to create conditions with no stresses and deadlines to make the subject enjoyable and fun. Another feature of our team -work is that we’ve got no templates with mailing, contacting each other only individually. There is a vacancy short-list at our web site. We constantly need volunteers in good command of Photoshop. The point is that in no library reading hall screening is possible. But we’re authorized to take pictures by an expert’s camera (thanks, really) which needs finishing, restoration, and numbering. A smart specialist might polish the materials available up to the quality of a scanned page. This kind of experts in our team is scarce and we are always delighted to welcome new volunteers.

On how the project could be helped

We are currently doing it all by ourselves and managing with our own resources not bowing to special grants, stipends, no dealing with agencies for funding. We’ve got the heading ‘donation’ to which one could contribute any sum. But we’re going to change this scheme for an on-line boutique with T-shirts, posters and souvenirs with emigrants press themes. The classical exchange always looks the noblest than one-sided getting ‘gifts’. All news could be monitored at our page in Facebook. 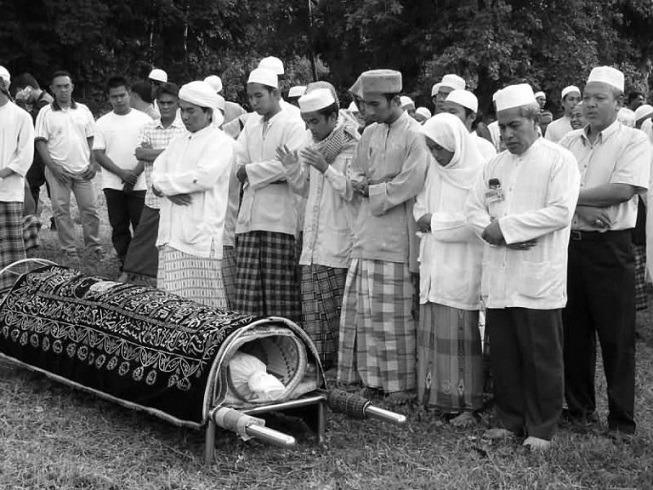 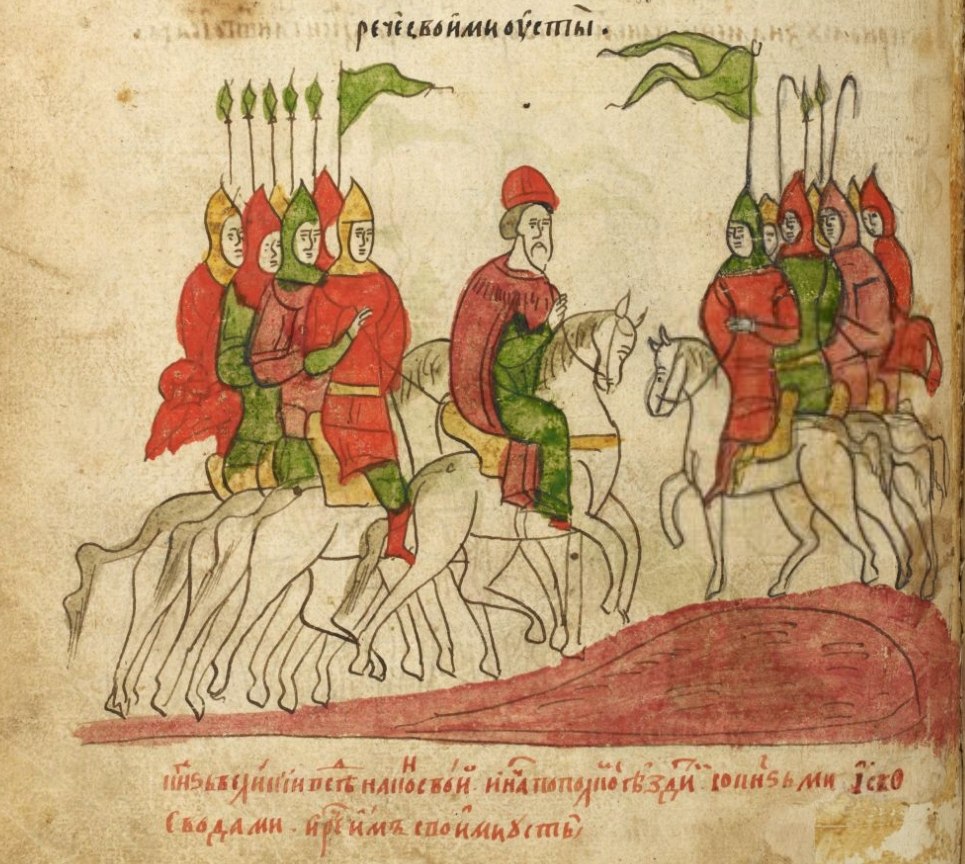 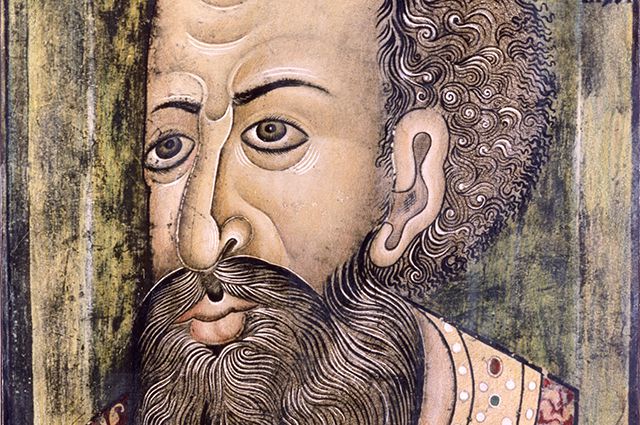