Just the city’s name contains in itself the scent of fire, powder, construction works, resin and fresh-cut logs. Located at the crossroad of a strategic importance the city from its early days would be haunted by countless fires and blazes, followed by a new restoration anew and scenting resin.

The city of Smolensk is one of the first Russian settlements. It is quoted in the ‘Tale of temporary years’ as early as the in the year of 862, becoming a stronghold for Krivichi tribes with their thriving crafts and trade. In 882 the stronghold was annexed by Prince Oleg to the Kiev Russia turning it into a key link along the traditional route ‘from the Varyags to Greeks’ which saw traders’ boats from the West Dvina hauled onto the Dnieper with local craftsmen fixing here the traders’ passing by boats with resin. In a matter of time Smolensk grew into Ancient Russia’s major city competing with rivals Kiev and Novgorod. As the central based stronghold of the independent principality set at the intersection of vital interests, Smolensk drew benefits from its location, gambled, bargained and found itself times sponsored times beleaguered by multi-vectored forces. So, from 1404 through 1514 it was administered by the Great Principality of Lithuania. Permanently Smolensk with subordinate lands joined Russia in 1654. Since then Smolensk has gone through practically all the wars which Russia was involved in. At the turn of XYI-XY!! Century Smolensk was surrounded by a massive protective wall, by which there had been raging blood soaked battles with enemy warriors striving to break through from the west to Russia’s heart, Moscow. The fortification wall built as far back as 1595 is a major landmark of the contemporary city and the peak of Russian defensive construction. It is Russia’s second fortified wall after the one of Pskov built by Fyodor Kon, the architect of the white stone Kremlin in Moscow. For the time of its construction any other kind of brick building all across Russia was banned. There was not a single similar guard tower built in the wall. The wall size was 10 to 15m high, 5m thick, total length – 6km which put it second after the Pskov one. Russia never managed to use it for itself as soon after Smolensk found itself under Poland’s jurisdiction and as far back as 1630s the same wall crashed the bid to fight it back. Numerous wars ruined about a half of the wall and once a complete ring the wall consists currently of a few isolated fragments. Being attentive enough one could find a staircase in the wall leading onto its top, opening picturesque views on the city. The Old City in Smolensk isn’t large but due to its effective location on the hill looks promising for a tourist. Its shape reflects all its centuries-long history: despite actually not many real artifacts have survived the city boasts of some former hostility as if some street planning has lasted from Polish-Lithuanian period. The most of buildings come from XYIII-XIX centuries, though there are also quite a few post-war Stalin-style buildings. The houses from different epoques live peacefully on the same street. A brick house, adorned by tiles, as well as colorful old backyards are charismatic for the city-fortification that passed continuously from Russia to Europe and back. The Cathedral of the Assumption stands out to be seen from everywhere, being the city’s dominant landmark and the most preferred object by photographers. It was founded as far back as the XIth century by Vladimir Monomakh but following the Great Chaos in 1612 the Polish destroyed it and replaced by Kostel, ruined later on as a result of consecutive oncoming wars. The new cathedral was being built for almost one hundred years: from 1677 through 1772 and ended in something absolutely unique, a mix of Baroque, European, Russian and pre Mongolian architectural styles. That is another example how centuries-old history embodied in one and the same construction. According to foreigners, in western guides the Assumption Cathedral is compared for its beauty to the French Notre Dame and Italian St. Peter Cathedral in Rome. A pre Mongolian church and wards dating back to polish dominance. Peter and Paul church is typical for early Russian cathedral made of thin bricks, built in 1160s it is even younger than churches in the city of Vladimir. Standing nearby Barbara’s Church is actually not less interesting as there are wards by Uneaten Bishop Leo Krevza Rzhevussky from 1630s, that is, the only building to survive from the Polish-Lithuanian Smolensk. Worth seeing here are very unique icons with no frames: Our Lady and Alexander Nevskiy’s ones.

In ancient Smolensk archeologists know from 30 to 70 buildings made from stone – much more than in Vladimir and Suzdal together. But endless wars have ruined almost all of them – only three have survived due to their location in the suburbs. The Church of Svir, the remotest from the city center, is a unique one by preservation its specific Smolensk-type architecture of XII-XIII centuries it is different from the churches of Kiev, Novgorod and Vladimir. It retains something from the Balkans and Caucasus and especially outstanding are the cascading angles. A high-rise hill lies above the Dnieper with a few cathedrals on top of it. The peak is the city’s heart, with the assembly of the Cathedral of the Assumption (1677-1772) with belfry, Epiphany Cathedral (1780s) and the front-door staircase. At the bottom is a simple church of Annunciation (1779), and close to the top is the Bishop’s court: the Church of CER (1730) and the Palace of Bishop (the middle of XYIII century, a rare provincial palace in Baroque style). At the mountain foot there goes a fortification wall with Ogiditry gates, on one slope there runs the main in the center Great Soviet Street, the other one is crammed with private huts. From the mountain open amazing views of the fortification wall and the Transdneper valley.

What you should do in Smolensk? Head for the Tenischeva estate in Flenovo better known under the name of Talashkino. Out there there is the Smolensk museum preservation. The museum was founded in 1888. Currently it’s got the status of the museum preservation with its branches featuring 38 buildings in the city and beyond – and namely: the Archeology museum, Thunder tower, the Smiths, Fairy Hut in Talashkino and more. In the Archeology museum of interest is a historic archeological exposition covering the Smolensk’s unique history. Next to it is the Church of the Holy Spirit built in 1900 and containing Vrubel’s mosaic.
Self-made ceramics at the master class in clay – art in the art workshop ‘Smolenskaya Hut’, tel. (4812) 40-74-04, address: Tukhachevskaya Street, 5. One could use a chance to perceive the shape in space and work out the sense of material. In addition to the practical experience gained at a master class the visitor could learn a lot of interesting information on bustling business and the peculiarities of Smolensk ceramics. Smolensk is home to Russia’s largest gems production and the enterprise for cutting the natural diamonds.
Olga Scherbakova 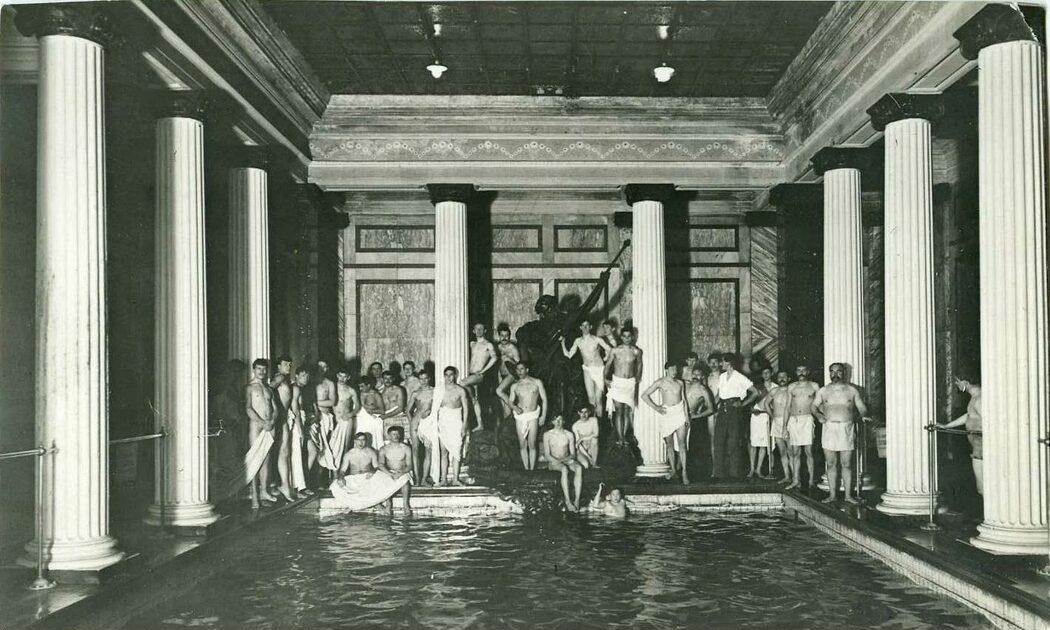 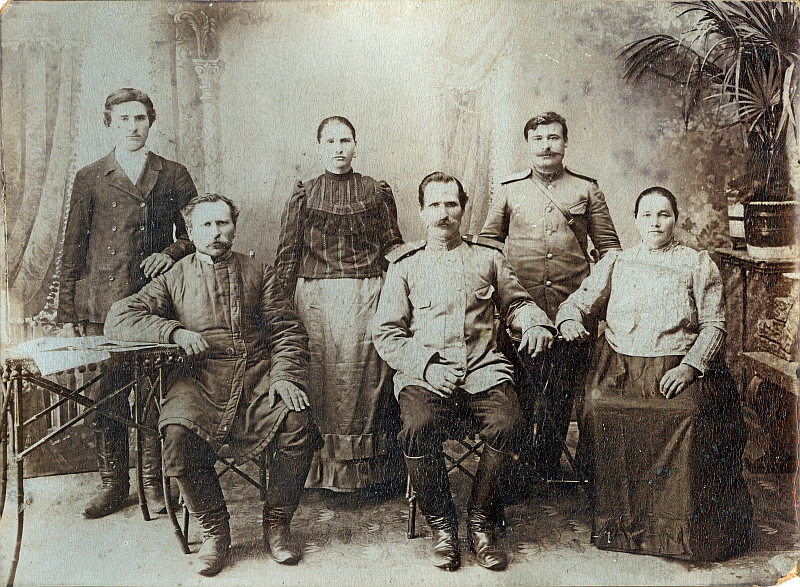 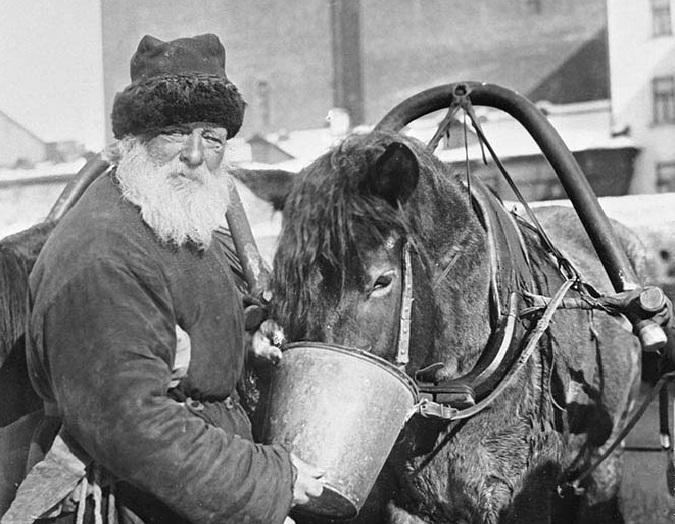